The new Responsive Hammer III (RHIII) action recreates the distinctive touch of an acoustic grand piano, with its realistic movement and accurate 3-sensor technology providing a smooth, natural, and highly responsive piano playing experience. The weight of the keyboard is appropriately graded to mirror the heavier bass hammers and lighter treble hammers of an acoustic piano, while structural reinforcements within the action assembly ensure greater stability during fortissimo and staccato passages. The ES8 digital piano also features Kawai’s Ivory Touch key surfaces that gently absorb finger moisture to assist the player’s performance, while, let-off simulation recreates the subtle ‘notch’ sensation felt when softly playing the keys of a grand piano, satisfying the expectations of the most discerning pianists.

The ES8 digital piano captures the rich, expressive sound of the Kawai SK-EX, SK-5, and EX grand pianos, with all 88 keys of these exceptional instruments meticulously recorded, analysed and faithfully reproduced using Harmonic Imaging™ XL sound technology. This unique process accurately recreates the broad dynamic range of the original grand pianos, affording pianists an extraordinary level of expressiveness ranging from the softest pianissimo to the strongest, boldest fortissimo. The instrument’s built-in Virtual Technician feature allows various characteristics of these acoustic piano sounds to be shaped at the touch of a button, with settings to adjust string and damper resonance, in addition to subtle hammer, damper, and key release noises. This personalised piano sound is further enhanced with atmospheric reverberation effects, delivering a rich, vibrant piano tone with breathtaking realism and authenticity.

Supplementing the realistic acoustic piano voices, the ES8 digital piano also features a strong selection of additional instrument sounds, ranging from electric pianos and drawbar and church organs, to string, choir, and mallet instruments, inviting musicians to add greater variety to their performances. Furthermore, the Dual playing mode also allows two different sounds, such as grand piano and strings, to be layered together, while the Split and Four Hands modes divide the keyboard into two independent sections. The volume balances for each playing mode can also be adjusted quickly and easily using the real-time panel controls.

Featuring a variety of styles ranging from pop and rock ballads, to jazz-funk, dance, and latin flavours, the Rhythm Section function of the ES8 digital piano provides solo performers with professionally arranged backing accompaniment at the touch of a button. In addition, the 100 preset chord progressions and One Finger Ad-lib™ solo phrases allow musicians to breathe life into their repertoire, while maintaining control over each performance.

USB to Device functionality, with MP3/WAV file recording and playback

The ES8 digital piano is equipped with USB connectors that not only allow the instrument to be connected to a computer for MIDI use, but also to load and save data to USB memory devices directly. This USB to Device feature allows registration memories and songs recorded and stored in internal memory to be saved to USB for posterity, or standard MIDI files (SMF) downloaded from the internet to be conveniently played back without additional hardware. USB memory devices can also be used to play back MP3 or WAV audio files, allowing musicians to learn the chords or melody for a new piece, or to simply play along with their favourite songs. It is even possible to save performances as MP3 or WAV files for emailing to friends and family, listening to on a smartphone, or for further editing using an audio workstation.

The ES8 digital piano features a variety of standard connectivity options, with Line-level output jacks that allow the instrument to be enjoyed in larger settings such as churches and schools. Standard MIDI and USB to Host connectors ensure flexibility when using computers and other electronic instruments, while the Line-in stereo jack provides a convenient method of mixing in audio from a laptop, tablet, or other digital device.

The beautiful HM-4 Design Kit makes the ES8 a stylish digital piano. It contains the stand and the acrylic music rack.
In addition this set can be expanded by the 3 pedal unit F-301. 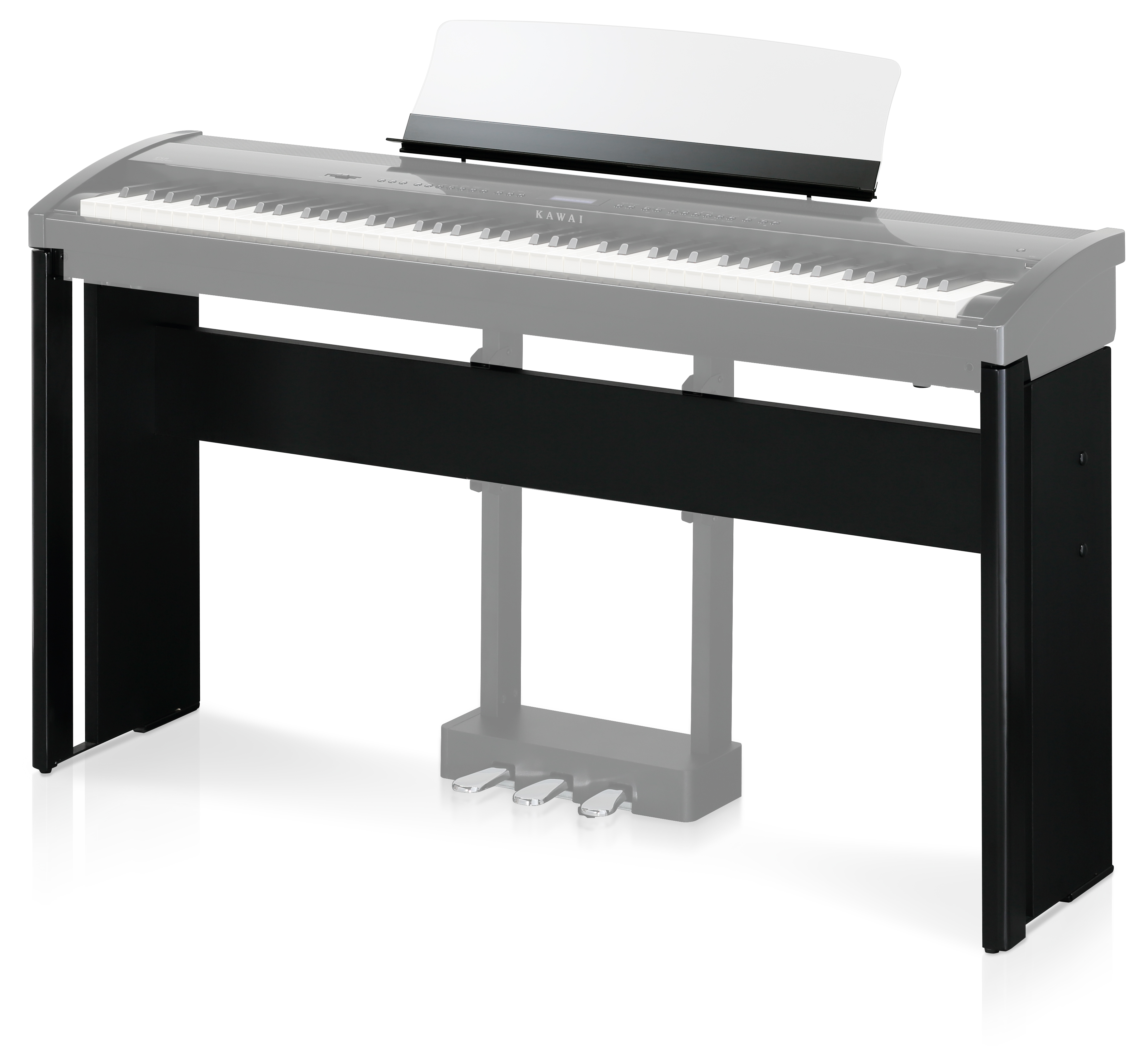 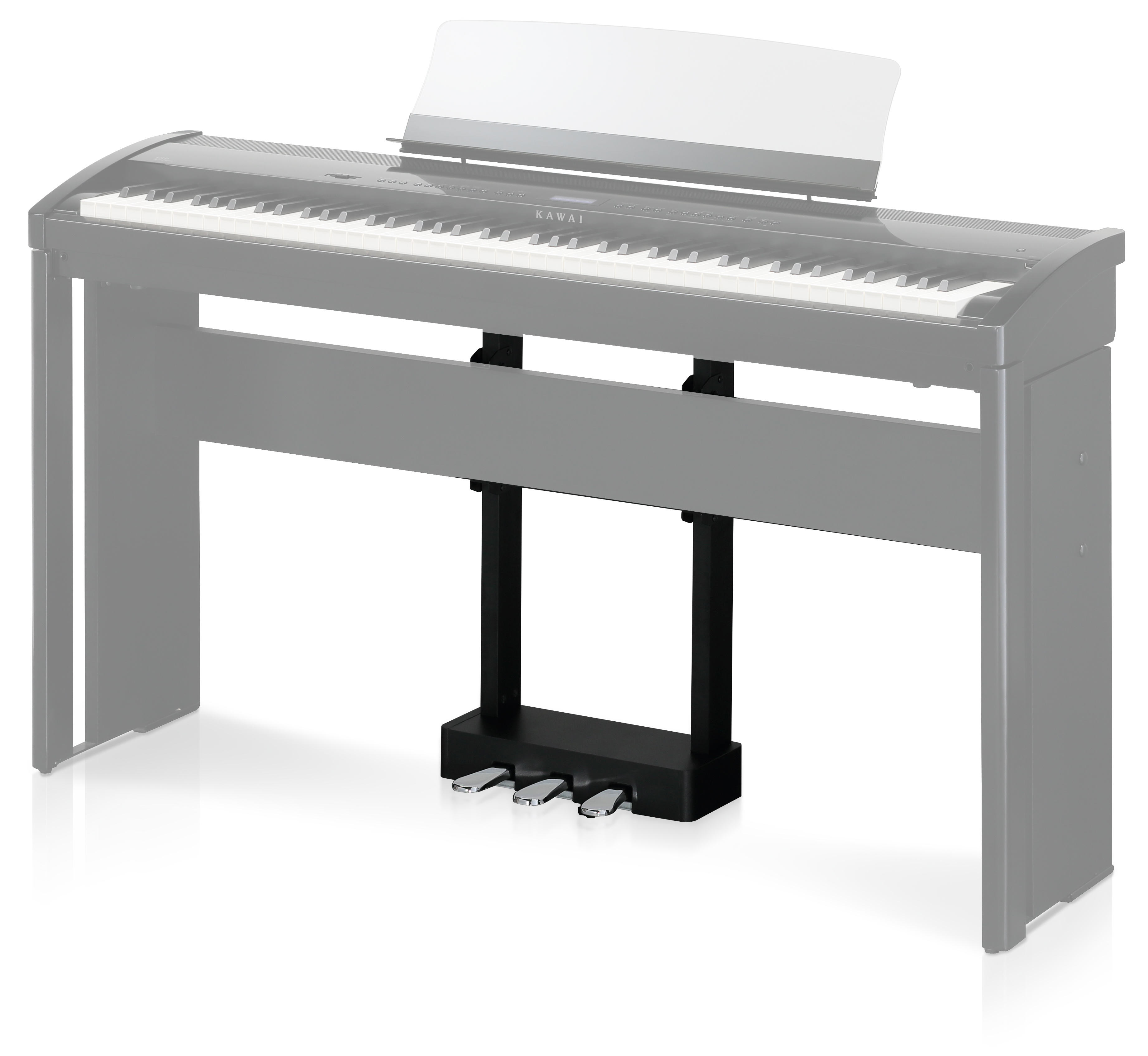 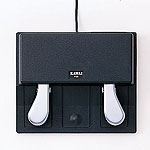